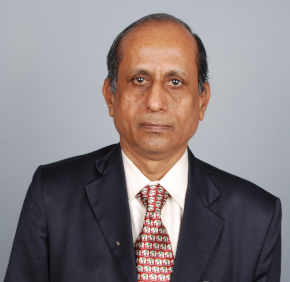 Dr. Pravin H. Shingare is a retired Maharashtra state government officer who has worked on various posts right from Lecturer to the Director. Apart from his experience as professor and head department of Anatomy, he also has served, one of the oldest government medical college in the country, in the capacity of Vice Dean and Dean. During his Deanship of Grant Government Medical College & JJ group of Hospital Mumbai, he faced many challenges including terrorist attack (Kasab) on Mumbai city. He managed the JJ Hospital successfully during various disasters like fire, local train accidents, flood situation, building collapse, food poisoning etc.

After graduation from Government Medical College, Miraj, he completed his post-graduation from SRTR Government Medical College, Ambajogai. After successful teaching career, he entered in the administration. He has served as Controller Of Examination of Maharashtra University of Health Sciences (MUHS), Nashik, during which he was instrumental in conducting the first medical CET in the state of Maharashtra and has set a pattern of medical admission in the state since 1999. He was active member of first medical post-graduation entrance exam (PG MCET) and first Super Speciality entrance exam (MHSSET).

Since beginning of his career he was aspiring for higher post for which he had to resign from state government services, so as to join in KIMS, Karad. He was recalled by the government after 10 years on promotion. He again second time left the government service for promotion so as to join newly started Maharashtra University of Health Sciences (MUHS), Nashik. Every promotion which he got was never due to seniority but by competition in the Maharashtra Public Service Commission. He was the longest serving director of Medical Education and Research in half century history of medical education department of the state government. During his directorship he was instrumental in opening four new medical colleges and increasing more than one thousand MBBS seats in the state of Maharashtra.